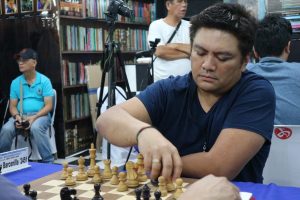 Barcenilla, who has topped the last two Battles of the Grandmasters, overpowered Montoya in 55 moves of an English Opening to lift the Heroes to their second win at the start of the second round. The Lapu-Lapu City Naki Warrios slipped to 0-2. 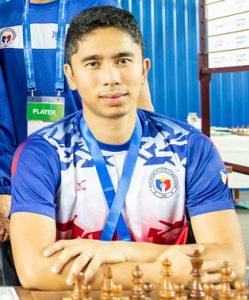 Meanwhile, Michella Concio halved the point with Woman International Master Bernadette Galas in 31 moves of a Sicilian defense while Kimuel Aaron Lorenzo drew with Allan Pason in 32 moves of an English Opening. 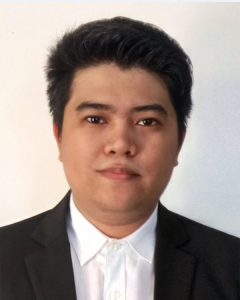 Michael Joseph Pagaran (photo above) carried the fight for Lapu-Lapu City in the rapid event after beating Vince Angelo Medina in 61 moves of a Trompovsky Opening.