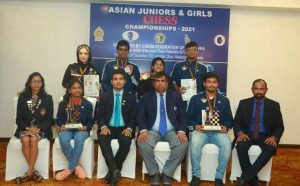 Untitled VS Rahul (2387) of India finished alone unbeaten with 7 ½ points out of 9 games to emerge Asian Junior Chess Champion 2021 and earn the IM title and a GM norm while compatriot WIM Shri Savitha won the girls division alone with 7 points to earn a WGM norm. 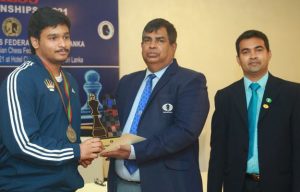 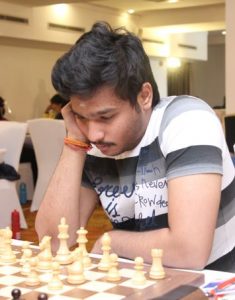 Rahul had a great performance, leading from the start till the end to win the Gold Medal. He beat Kosala Amarathunga, Isara Dhahanayake, Ranindu Dilshan Liyanage all three from Sri Lanka and Three Indian International Masters Vardaan Nagpal, GB Harshawardana and Mitrabha Guha and drew three games with Susal De Silva Sri Lanka, International Master Shrihari Ragunandan of India and Orinin Gholami of Iran in the last round to achieve the title. 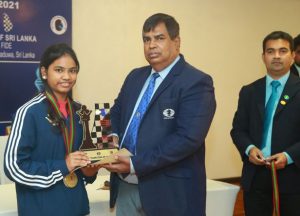 Woman International Master Shri Savitha of India earned the Girls Championship convincingly to win a WGM Norm with the Gold Medal. She scored 7 points with five wins against Gimashi Weeratunghe, Niklesha Tharushi, and Oshini Gunawardena of Sri Lanka, Al Maamari of UAE and Woman International Master, K Priyanka of India and four draws against Melika Mohammadi, Anousha Mahdian, both of Iran, Sanudula Dahamdi and Chanindi Mewna Attanayake both of Sri Lanka and drew her last game with Chanindi Mewna Attanayake of Sri Lanka. 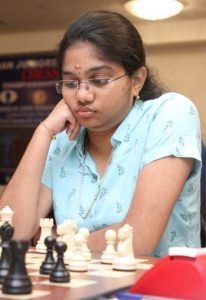 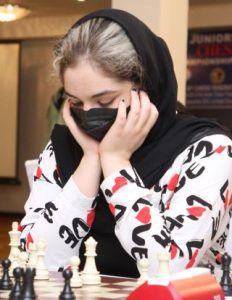 India’s K Priyanka (above left) and Iran’s Anousha Mahdian (above right) tied for the 2nd place with 6 ½ points, but Priyanka won the Silver Medal with better tie break and Anousha had to satisfy herself with the Bronze Medal. Anousha gets a Woman International Master Norm as well.

The Asian Junior Chess Championships 2021 was organized by the Chess Federation of Sri Lanka under the auspices of the Asian Chess Federation. A total of 54 players, 32 in Open and 22 in Women are participating in this event which is in progress from 17th to 23rd December 2021 at Citrus Hotel, Waskaduwa according to the Swiss System in 9 rounds.

The Tournament details are at the Chess-results.com – Links

The live games of the event can be seen at the following links: