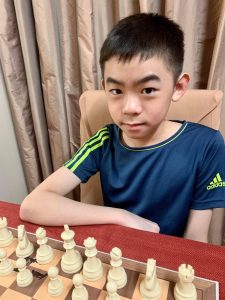 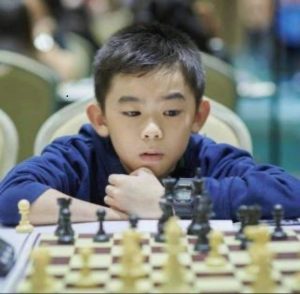 Cu scored victories over Jhon Henson Sanchez in the first round, Lawrence Paradela in the second round, Tyrone James Tabernilla in the third round, John Dave Lavandero in the fourth round, Ghian Michael Aleria in the sixth round and Randolfh Mata Jr. in the seventh and final round. He split the point with Cedric Abris in the fifth round.

Cu also topped the 1st Jessie Villasin Cup online chess tournament held last February 13, 2021.
Cu captivated the chess world after finish second place in the Boys 10 and under 36th Singapore National Age Group Chess Championships held at the Expo MAX Atria in Singapore on Dec. 27–30, 2019. Cu who amassed seven wins and one loss got a total performance of 1622 for his effort including his last round victory over Oscar Gao (elo 1595) of Australia