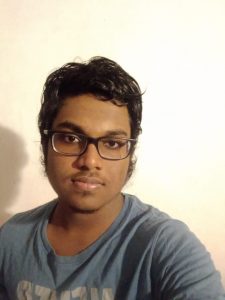 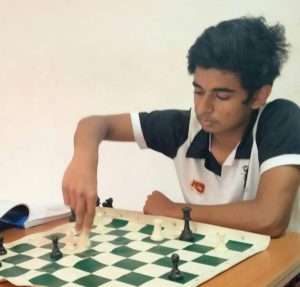 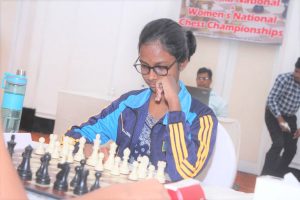 Six points were written in front of Pasindu’s name at the end of seven rounds and he was able to stay unbeaten until the end. Two games he shared were played against Insara Nanayakkara and Isara Banidu Dahanayaka who tied for the 2nd spot. Also, another reason why his name was written at the top was that he was able to defeat Yasantha Jayaweera in the last moment, who led the event throughout. 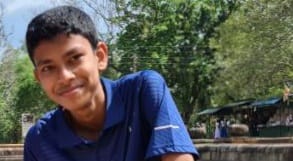 Due to the lack of half a point and with the advantage in tie-brakes Isara Banidu Dahanayake (above left) of Royal College was able to win second place of the Western I open event with an unbeaten score. The three games he shared were played with Y Jayaweera, Pesandu Rashmitha Liyanage, and Brijesh Saravanabavan. 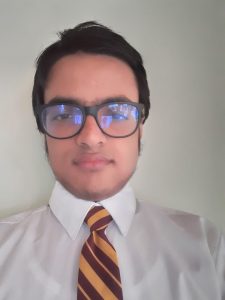 Meanwhile V T Malitha Rohana (photo above) of Ananda College, Colombo also scored 5 ½ points but had to satisfy himself with the Bronze medal with the little advantage in tie breaker than the 4th and 5th. He managed to win 5 games and the game played in the fifth round with Nabil Nazar Mohamad was drawn. The game he lost was played against the second runner-up, Isara Banidu Dahanayake. Other players had 5 ½ points as Isara and Rohana are Saravanabaavan Brijesh and Luchitha Pathirana.

Chanindi Mewna Attanayake crowned as the winner of the Western 2 Women’s event concluding a hard-hitting event. Her victory was due to the 6 games she won out of the seven rounds and the advantage of tie-brakesrs The only game she lost was played against R M Dulinma Hemamalini Rathnayaka. 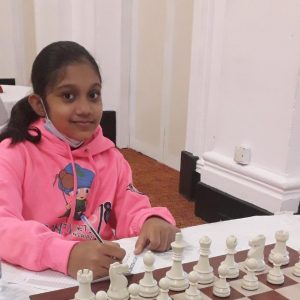 The second place of the event was won by Tharuli Vihansa Ranganath (photo above) of Yoshida International School who won the same number of points as Chanindi, but was unfortunate to have less in Tie-brakeer. The only game she lost was played against Chanindi Mewna Attanayake, the Champion of the event. 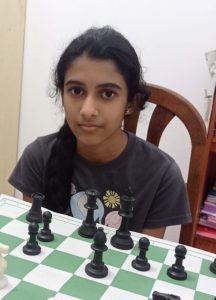 The Bronze medal of the event went to Nemindi Lilanaya Ramanayake (photo above) of Bandaranayake Central College Veyangoda and she was able to win 5 points out of the 7 rounds played and the only game she lost was played against Tharuli Vihansa And the other point she lost was due to the couple of drawn games with Kavisha Indrajith and Oneli Vithanawasam in the third and fourth rounds respectively.

Senuja Thimeth Alwela of Bandarawela Central College managed to win the Championship and the Gold Medal in the North-Western/Uva and Rathnapaura open event by winning 6 points out of the seven games played. The only game he lost was to Kiriella. 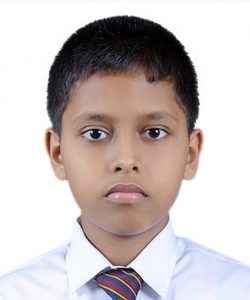 KGSTD Kiriella (photo above) of Maliyadeva College won the 2nd place. He was unbeaten and the games he shared were played against A I Dharmasiri and S D B K. Senevirathne The Bronze Medal of the North-Western event was going in the favor of C M S Praneeth Kumara of USJP Chess Club who won 5.5 points out of 7 games and Attanayake A M N R who won the same number of points had to be satisfied with the fourth place due to disadvantage in tie-brakes. The only game Praneeth lost was against the Champion of the event, Alwela and the game he played against S D B K Senevirathne in the last round was shared between two players.

Wickramasinghe Minethma Lasandi of Sujatha Vidyalaya was able to secure the Championship of the Southern Women’s event with 6.5 points in the hand and the only game she drew was played against Minudi Devindi Ranasinghe. 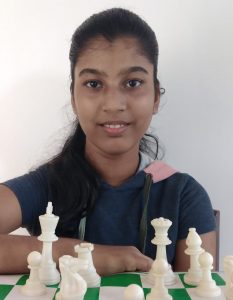 With a huge difference of 1 point, S N K De Silva (photo above) from Dharmasoka College was able to win the Silver medal and she lost her game to the champion and the last round game was shared with P W G Gaveshi Wickramarathne. 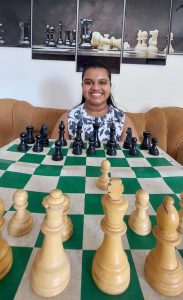 After a tough battle, M Esandi Newansa (photo above) of Dharmasoka College was able to win the Bronze medal of the event with 5.0 points and the other player who won the same number of points, Fernando H Methushi Amaya had to satisfy with the fourth place due to less tie-braker.

Championship Cycle for the first time in Sri Lanka started from the 1st week of June 2021. The 7

International Online Rapid Chess Championships in the future. The event will help all Chess

players to stay at home at this difficult time with supporting to grow their Chess Strength. The

event is being held on the Chess.com flat form with all the fair play regulations approved by

The Remaining Major Division events will be held in next Weeks end:

The event is scheduled in 6 stages:

Women Novices in the respective region.

list 10 players will qualify and for every subsequent 5 players, an additional 1 player will qualify.

If there are 50 players in an event 16 players are qualified.

The final Swiss System event of 11 rounds. All qualified from Major Division and players

having more than 1900 (Women over 1600) rating are eligible to participate in the event. The

the winner in the age group.

A total of Rs. 180,000/= will be awarded as the cash awards to National Finals stage II and

National Premier Division as given Below: